Inside the Namutumba Agriculture for Life Project

“Our grandfathers practiced Judaism before they even realized that there were Jews” said Ugandan project coordinator of the Namutumba Agriculture for Life Project, Israel Siriri. This project was established in 2018 to work with the Abayudaya community in this region of Uganda. Abayudaya means Jews in Luganda, one of the local languages in Uganda. Since early 2020, CoCuDi has partnered with Namutumba Agriculture for Life to bring food security and prosperity to the community of approximately 2,000.

The Abayudaya community was founded in 1919, in the Mbale region of Uganda. According to Israel, the Abayudaya “realized that there was a religion called Judaism where people keep kosher, they do a brit milah and they do other rituals written in the bible. So this was the beginning of the idea to start a community in Uganda.” The Abayudaya community studied Jewish texts and learned together. However, under British colonial rule, the English bible was the only available scripture for Ugandans and only Christians were allowed to go to school. The lack of written Jewish literature made integrating Judaism difficult. Yet, with what Israel referred to as the “spirit of Judaism,” the community maintained Jewish traditions in the face of hegemonic Christian rule.

Israel grew up in the Abayudaya community and has been involved in and leading Jewish life since he was young. Eventually, in the 1970s, a new government in Uganda allowed children of Abayudaya to go to school and get an education. Israel and the rest of the youth of the 1970s played an integral role in sustaining a Jewish collectivity in Namutumba. “If you look at what the community is like today, much of it is as a result of the youth of that time who mobilized and came together and made an effort to be with the community and strengthen it” Israel said. They developed a small settlement of Jews who would work, making bricks, and to study Hebrew and Judaica together. Israel was a community youth leader in its early days, and from 2003-2008, the chairman of the leadership committee. As chairman, he spearheaded all of the development in the community.

In 2017, a drought swept East Africa and brought awareness of food insecurity in this region. This newfound consciousness inspired the Namutumba Agriculture for Life project in Uganda alongside Israel and international partners. For the past three years, Israel has been using his skills in business and management to improve the quality of life and economic security in the settlement through agriculture. He works with NAFL to build stability and sustainability through communal farming and agricultural work. “Our main focus in the Namutumba Agriculture for Life project is to make sure that people have enough food all the time, no hunger, is to make sure that the people have basic income and to make sure that people can take their children to school and that the people are healthy” Israel explained.

CoCuDi’s partnership with Israel and his community has improved the agricultural system in Namutumba and brought food security to the Abayudaya community. Yet, there is still work to be done. Our continued investment in the Namutumba community additionally highlights a community resilience initiative. We are implementing a gender equality education program to target gender based and domestic violence and to empower Abayudaya women socially and economically. This component of NAFL aims to increase drought resilience through village saving and loan association (VSLA). VSLA is a method of shifting community wealth and resources for domestic purposes and education. Our initiative also trains people in sexual violence and child abuse prevention.

Despite challenges, Israel is optimistic, “People in the village are working with our guidance, they are teaching, they are mentoring and they are moving in the right way.” 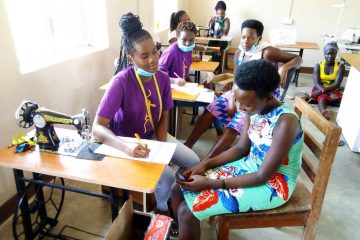 Inside the Ntunga Hoima Project

By Lydia Schmelzer CoCuDi is partnering with Streetlights Uganda to support and expand their Ntunga project and to bring it to the district of Hoima, with the support of CoCuDi’s partner SBC Uganda Ltd. The Read more… 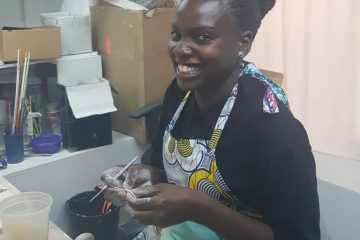 Exchange During Pandemic: The experience of Bridget Nakayenga

By Lydia Schmelzer Since 2018, the CoCuDi center has facilitated an exchange program between the Bezalel Academy in Jerusalem and Makerere University for arts students and faculty. The program is both an exchange of technical Read more… 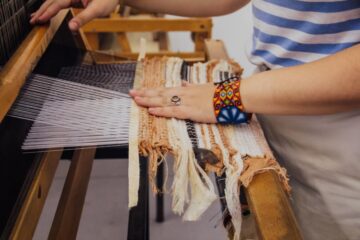